“One of the preeminent independent sketch groups in Chicago” – A.V. Club Chicago 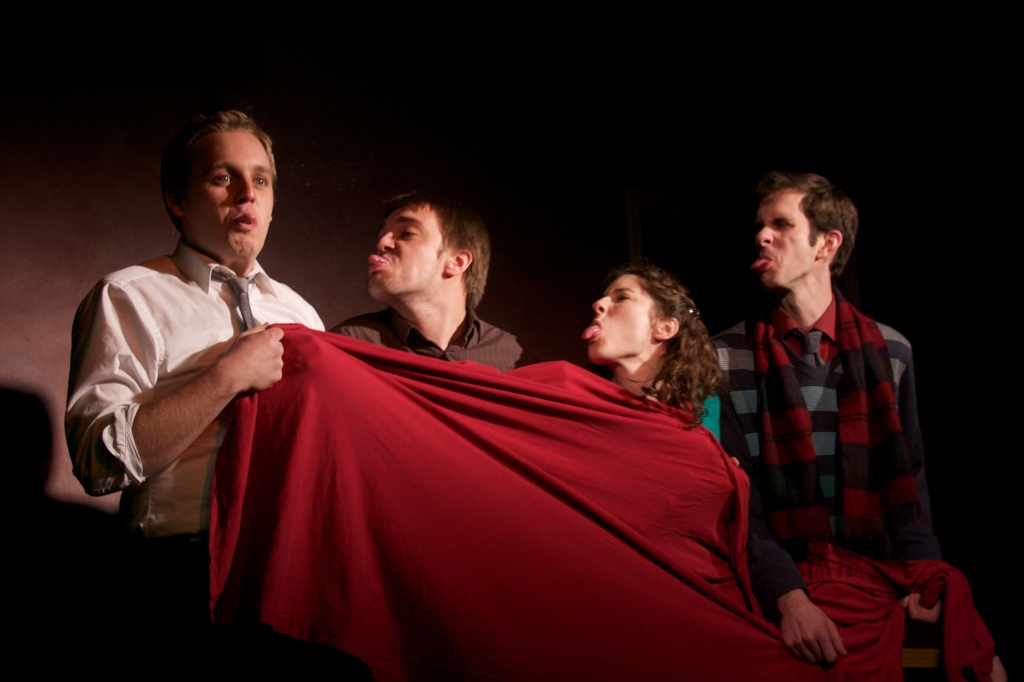 Local favorite Oh Theodora has been awarded an additional performance slot in the 2013 Chicago Sketch Comedy Festival at Stage 773 and will perform both this Friday, January 4th @ 9:00PM and Friday, January 11th @ 8:00PM. Exciting news and a great call by the Sketchfest folks!

Oh Theodora performs silly, story-driven sketches that take what you know about comedy and twist it. The troupe is comprised of the funny foursome of Lisa Dellagiarino, Buck LePard, Trevor Martin and Conor Sullivan, who describe their style as “dumb comedy for smart people.” A.V. Club Chicago describes them as “infusing everything they touch with a uniquely silly acerbity.” They celebrate the absurd, shun the traditional, and have one simple goal: to put on the most fun show their audiences have ever seen.

Get a taste of their humor with these sketches: